Volissos is built on the site of a small ancient city called Volissos or Voliskos and is mentioned by tradition as a place where Omiros lived. Volissos is the largest village in northwestern Chios, with an average altitude of 100 meters above the sea, from which it is located only 1.5 kilometers away . It is built amphitheatrically on the slope of a hill, at the top of which an ancient Byzantine castle is preserved.

The castle was originally built by the Byzantines, probably in the 11th century. However, it is not at all excluded, that a first fortification of the hill had taken place during the reign of Justinian. The castle has a trapezoidal shape and is made with raw material a local dark stone that gives the castle a very special and distinctive look. Perimeter had six circular towers, while inside there were various buildings such as water tanks, churches etc.

The Byzantine castle, that once protected the northwestern part of the island, is now illuminated offering a very nice spectacle on Volisso’s summer evenings. 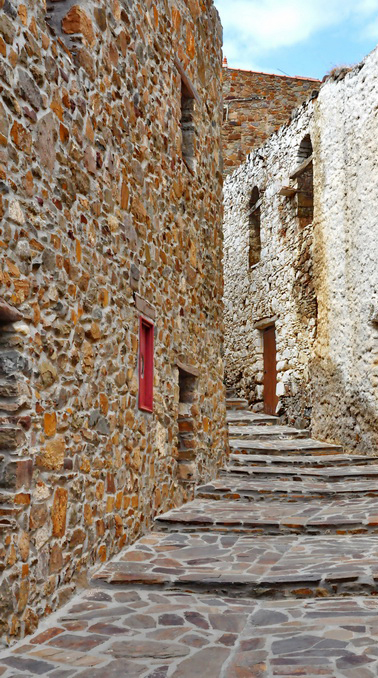